Calif. issues ban on singing in churches amid ongoing pandemic

Should churches comply with California's ban on singing?

California has issued a ban on corporate singing. How should churches proceed? Thankfully, there are biblical and historical precedents that help inform Christian leaders.

Calif. issues ban on singing in churches amid ongoing pandemic

A recently released report by the Indiana State Department of Health found that abortions have declined by 5% in the year 2019 compared to the year before.

Most US Christians uncomfortable with returning to church: survey

The People's Republic of China has approved a new national security law for Hong Kong, igniting greater concerns about human rights in the semi-autonomous region.

Christians traveling to Saudi Arabia are being warned not to publicly display their Bible while in the country or travel with more than one copy of the text, despite the kingdom's recent openness to tourism.

Russell Moore has warned that while Christian life in contemporary Western culture has largely neglected the concepts of demons and demonic powers, spiritual warfare is a reality Christians face "all the time," both overtly and covertly.

A feminist activist is warning about the systematic push to normalize the sex trade and the work of progressive nonprofits that are guiding politicians on how to obfuscate the harms of child sex trafficking.

Atheists believe gestures of 'thoughts and prayers' in hard times make them worse off, study finds

Christians who suffer during natural and human disasters value thoughts and prayers from religious strangers, while atheists and agnostics believe they are made worse off by such gestures, a new study led by a University of Wyoming economist shows.

America is facing a significant shortage of highly educated "economically attractive" unmarried men who earn at least $53,000 and have a college degree. And the situation could result in unmarried women remaining unmarried or marrying less well-suited partners, a study says.

Growth or fixed: why your daughter's mindset matters

The unknown can be frightening for anyone, no matter the stage or season. Anytime we step outside our comfort zone and try something new, we may hear that little voice of doubt inside that says, "Can I really do this?" How loud and clear that voice is depends on one's mindset.

Every time a young white male mass shooter kills more than himself, we offer thoughts and prayers for the families and then wait for the 24-hour news cycle to find something else to talk about.

A former Google employee has gone public with claims of election manipulation, intimidation, and political bias at the hands of the tech giant, including the "blacklisting" of certain websites, including The Christian Post.

Every thoughtful Christian can probably appreciate these top classics recommended by our readers, in the journey to grow into a deeper understanding of life and existence through the Bible.

NF, a rapper and singer with roots as a Christian music artist, recently released a new viral single, "Time," from his upcoming album. The music video for the song premiered two days ago and already surpassed 4.4 million views on YouTube.

"Every good and perfect gift is from above, coming down from the Father of the heavenly lights...."

A Pakistani convert to Christianity who nearly blew herself up in the name of Allah says a spiritual journey that began with a dream transformed her from being a jihadi-minded teen into a devout Christian who's making disciples for Christ.

Buoyed by the number of laws being passed at the state level and dozens of federal judges being confirmed, pro-life advocates are hailing a tipping point and "shift" happening across the U.S. on abortion. 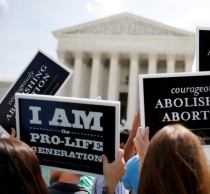 Pro-lifers have their eyes set on the "wrong goal" if they are pinning their movement's success on overturning the U.S. Supreme Court's decision in Roe v. Wade, said the head of a pro-life crisis pregnancy center network of over 1,000 affiliates.

Marriage and the Nature of God

One of the most amazing and beautiful facts about the union of the woman and the man is that marriage portrays the Holy Trinity. I think this is a part of why marriage leads some to faith; it reflects the unity, the love, and the pillar of authority which are all revealed in the Trinity. Others ... 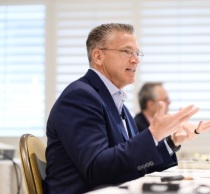 One surprising reason the poor don't get justice in developing countries

Among the many reasons poor people have difficulty getting protection in the justice systems of developing countries, one surprising factor has gone largely unnoticed, International Justice Mission CEO Gary Haugen explained.

IN CASE YOU MISSED IT 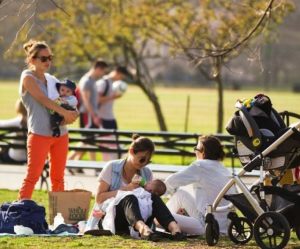 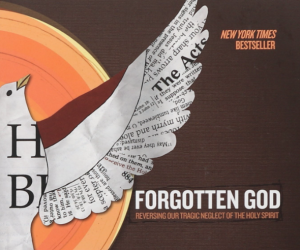